A traffic signal in downtown Kowloon / Hong Kong is alternating its light betwen green and red. While showing red, the pedestrians have to wait and stand still. Cars and trucks are passing by. In this situation the people are visible because they are not moving. When the light turns green, people hurry and intermingle with each other. Therefore they blur into a complex mix of faces and bodies. This video was created with a successor of the self-made timeslots algorithm that uses visual granular synthesis.

The images of Timeslots deal with human travelling in urban spaces, which is made possible by manifold technological means. The time-based process of motion is translated into static imagery, rendering the progress of time in different ways and unleashing interesting new insights to the personal mobility of masses.

Each frame of a video is resynthesized from hundreds of slits that are randomly picked from a range of 4 seconds of time. Through this process only static elements are visible normally, while moving objects are rendered diffuse and mixed. 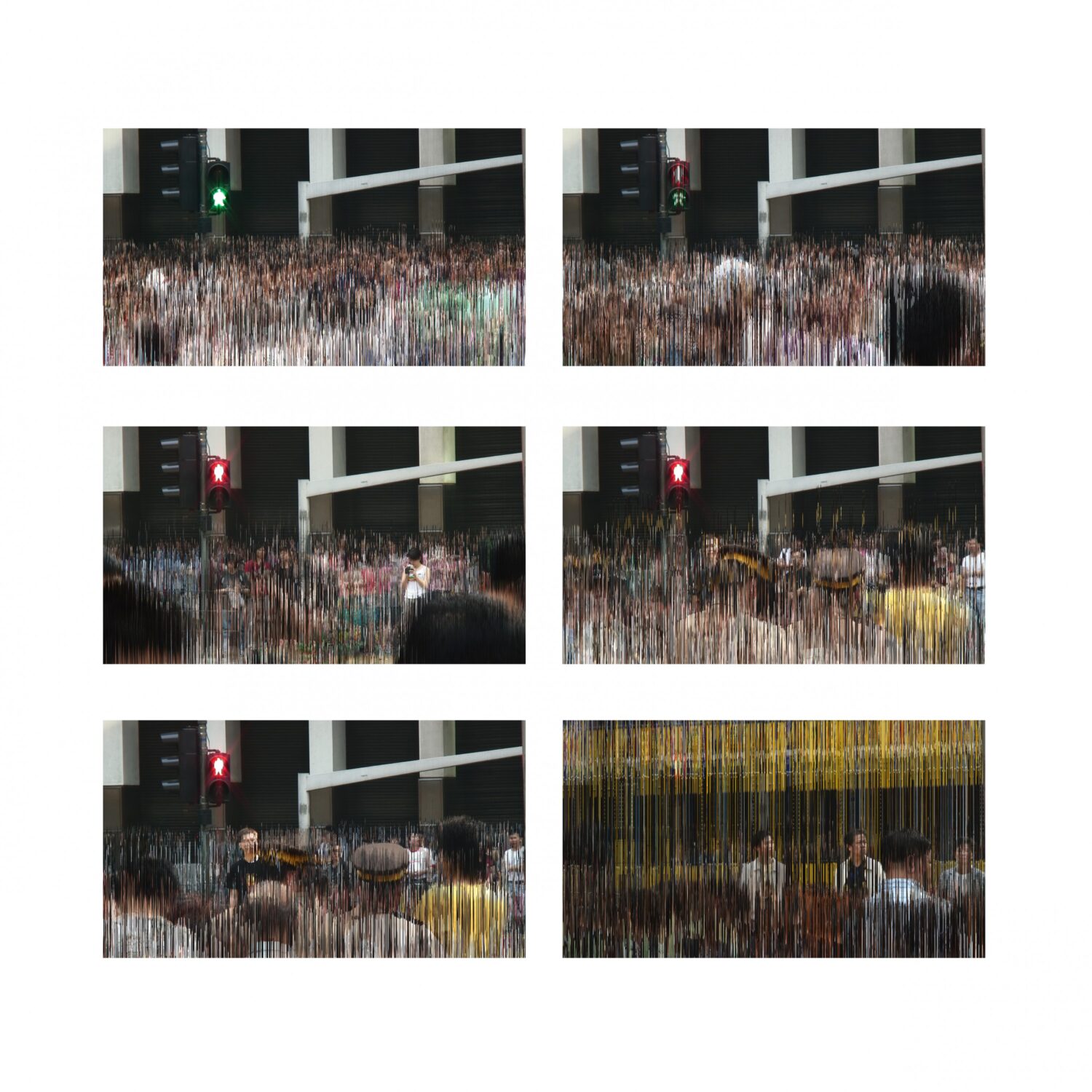 While all footage for the first series was taken in Cologne, this series of transformation of urban movements lead to the bustling city of Hong Kong in southern China.

The People’s Republic of China, as a nation with strong communistic background, is known for its hard-working population and incredibly growth-oriented government. This has made China a place, where concerns of progress have a high priority in politics, probably higher then the welfare of the citizen themselves.

The Special Administrative Region of Hong Kong, with the world’s highest population density and one of the largest cargo ports is very representative for this situation. From the expedition to this city an experimental visual documentation emerged that ranged from chrono-photograhic still images to video.